Lowestoft is to honour its most famous son, Benjamin Britten, with a statue depicting the composer as a boy, looking out at the scenery that inspired his music. To support the fundraising initiative for the statue, Adnams has released a limited-edition Britten as a Boy whisky, which has been matured in French Oak and finished in a Burgundy wine barrel. All profits from its sale will go towards the project.

A team of passionate locals is leading the community venture, which aims to erect a statue of the young composer on the seafront opposite the house in which he was born, to inspire future generations of the town’s children. Britten showed musical talent at an early age and went on to become a central figure of 20th-century British music, as an outstanding composer, conductor, and pianist.

His best-known works include the opera Peter Grimes, the War Requiem, and the orchestral showpiece The Young Person's Guide to the Orchestra. With his professional and personal partner, the tenor Peter Pears, he founded the Aldeburgh Festival. He was made a Freeman of Lowestoft in 1951, awarded the Order of Merit by Her Majesty the Queen in 1965 and was the first musician to be elevated to the peerage as Baron Britten in 1976, just six months before he died.

The committee has engaged the UK’s foremost sculptor in bronze, Ian Rank Broadley. The statue has been welcomed by East Suffolk Council, Kirkley People’s Forum, and the family of Benjamin Britten. The maquette, which depicts the form of the final statue, will go on public display at the First Light Festival over the weekend of the 18th and 19th June.

Adnams Head of Production and committee member, Fergus Fitzgerald, hopes the statue will inspire future generations of the town’s children: “For children growing up in Lowestoft, the statue should serve as a reminder that Britten was someone who walked the same streets as they did and braced into the same winds and went on to do something extraordinary. I hope that Britten as a Boy can inspire a new generation to believe they can achieve whatever they want to.”

To kickstart the fundraising, Adnams Head Distiller, John McCarthy hand-picked Cask BURG1 from the Copper House Distillery cellars and it has been bottled as a special edition. The special release is a single malt made from 100% East Anglian malted barley. It was aged in French oak, finished in a burgundy wine barrel for six months and carries an age statement of seven years old.

Complex, woody, earthy notes on the aroma, develop into creamy vanilla and nutty almond flavours on the palate. Finishing in a Burgundy wine barrel has generated a rounded mouthfeel and a crack of black pepper and spice. The creaminess lasts through the finish. John recommends a splash of chilled spring water to taste.

“We wanted to find something extra special for this project. We only have a limited number of whiskies ageing in wine barrels in our cellars, so I gravitated towards them when making the selection. The Single Malt which was being finished in an ex Burgundy wine barrel was tasting exceptionally well. Smooth and luxurious, even at cask strength, it had to be the one,” he said.

More information on the project, can be found here. 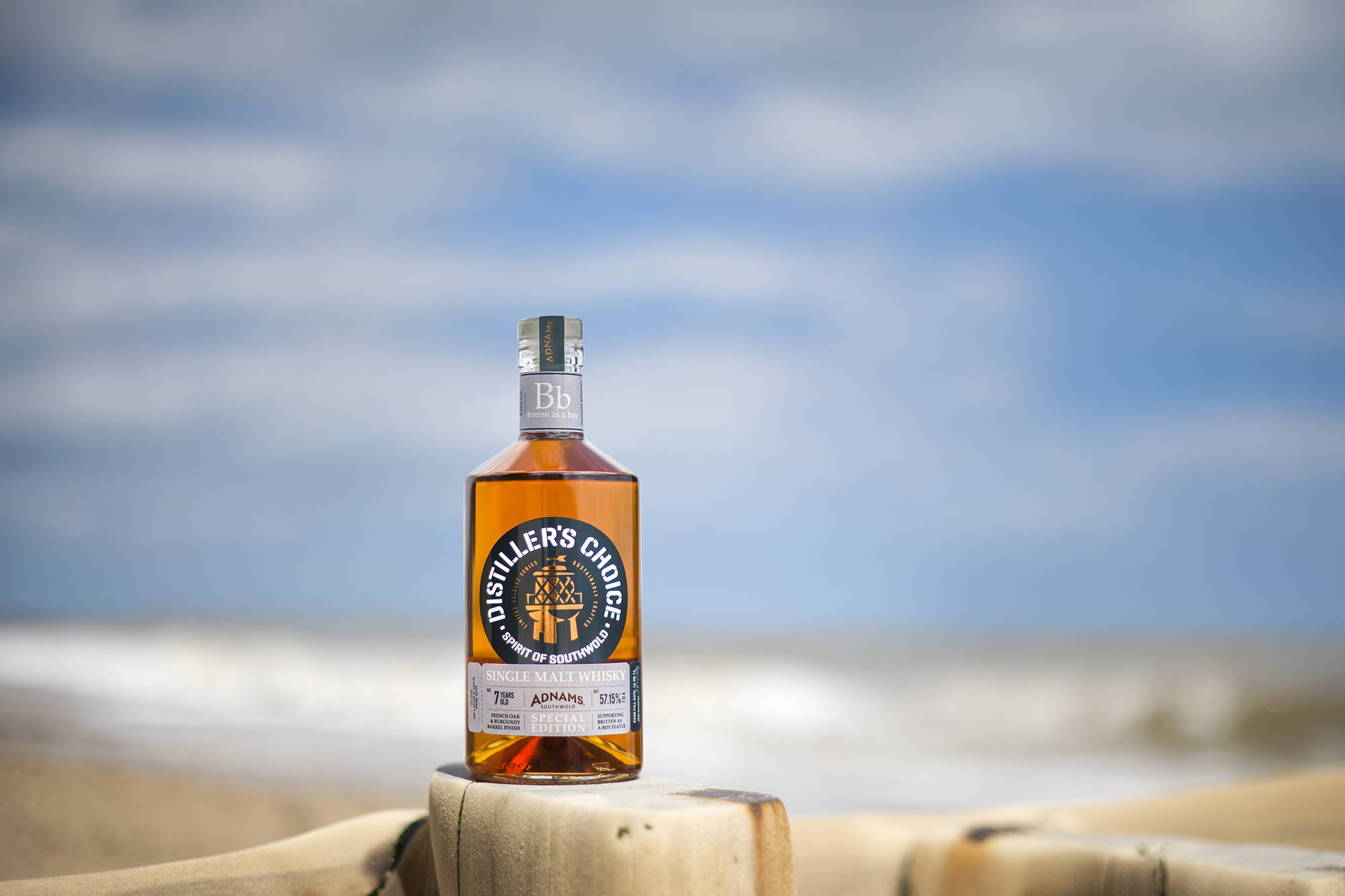