We’re raising a glass to our longstanding partners Bitburger on 23rd April, for German Beer Day. With an appreciative slurp of pure enjoyment, we’re celebrating the ingredients that bring people together. German Beer Day marks the establishment of the Reinheitsgebot, Duke Wilhelm IV's German Beer Purity Law. Enshrined into beery history in 1516, and observed for over 500 years, it states that German beer should only be made with four ingredients: water, barley, hops, and yeast.

The decree is the oldest, continuing consumer protection law in the world, and was originally introduced to shield drinkers from high prices and questionable ingredients. While these principles might appear restrictive to lovers of fruit-laden sours or coffee porters, it hasn’t stopped brewers like Bitburger from gaining international recognition for crafting the classics. 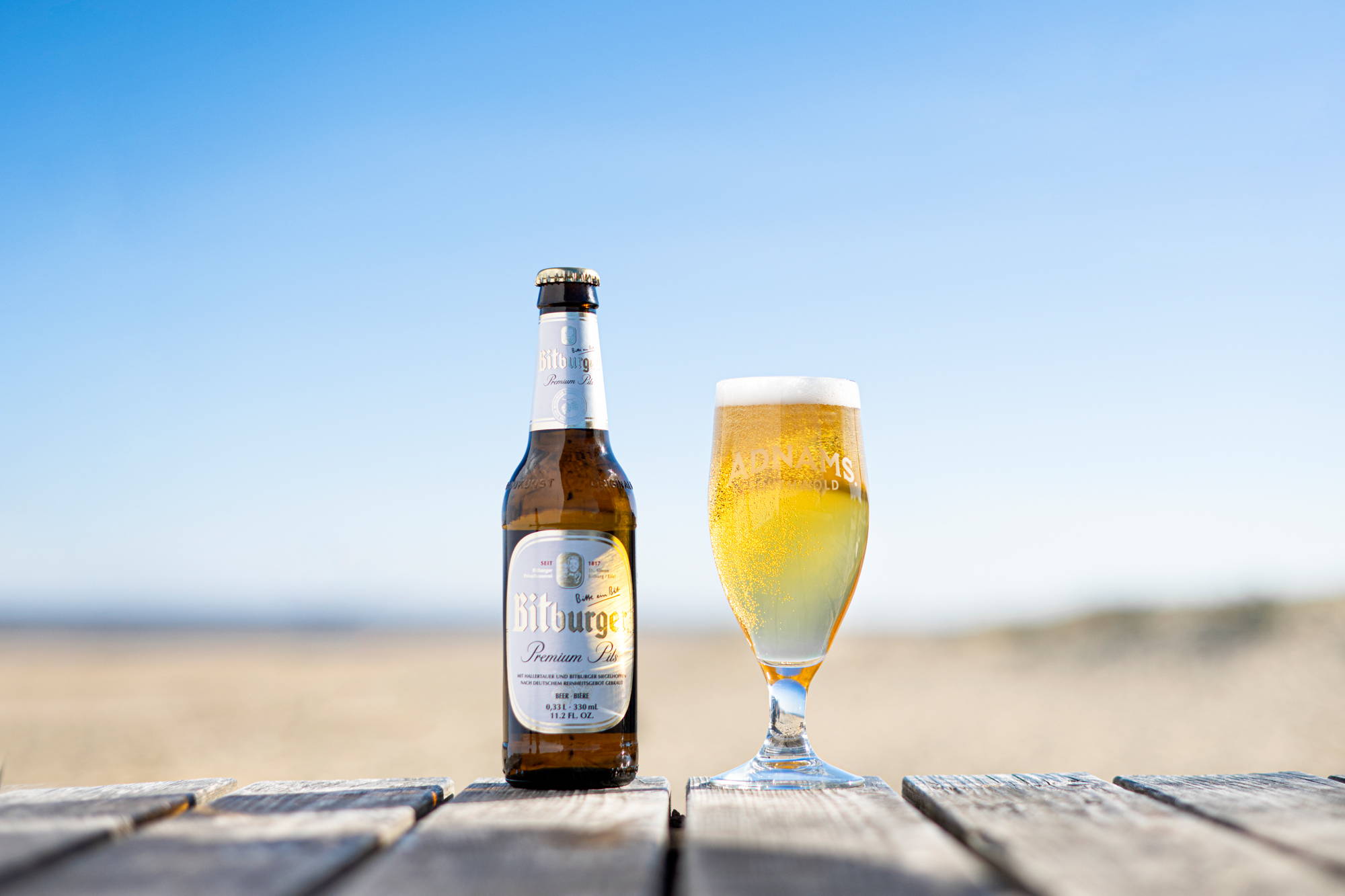 "we are extremely proud of our 30 year partnership"

Adnams has imported, and distributed Bitburger’s beers throughout the UK alongside its own for 30 years. In that time, we have seen the range extend from its Pilsner-style beers, like Bitburger Premium Pils, to Kostritzer, a black lager, wheat beer Benediktiner, and the alcohol-free Bitburger Drive. We are extremely proud of the partnership and both companies hold similar philosophies; being independent family brewers with a long history and a commitment to producing quality beer with local ingredients. We also take the same innovative approach to the future of our businesses and share that same sense of social responsibility. These mutual characteristics have been key to creating a sustainable partnership with Bitburger and we look forward to it continuing in the future.

Johann Peter Wallenborn founded the brewery in Bitburg in 1817. Three years after his death, Ludwig Bertrand Simon married Wallenborn's daughter Elisabeth and became owner of the brewery. He named it Simonbräu, and his son, Theobald Simon, took over the reins in 1876. The name ‘Pilsener,’ ‘Pilsner,’ or ‘Pils’ is synonymous with beer all over Germany - something that is due in no small part to the Bitburger Brewery, or Simonbräu. There were three breweries in Bitburg in the second half of the 19th century, so to stand out from the competition, they became one of the first to brew a beer using the Pilsen process, using cooler fermenting yeasts, pale malts, and local hops.

Theobald introduced his first ‘bier nach pilsner art’ (beer of the pilsner type), in 1883, but in 1911, the brewery was sued by breweries from the Czech town of Plzeň (Pilsen) for unlawfully using the term. In 1913, after a long legal battle, the supreme court ruled that pilsner had become a generic term and that Bitburger (and other breweries) could use it freely for beer brewed in Germany. Bitburger Pils has been brewed according to the Reinheitsgebot for two centuries and is now Germany’s number one draft beer.

Bitburger’s newest collaboration, Dry Hop'd Zwickl, is a delicious unfiltered kellerbier made with US craft brewers Deschutes. Brewed in Bitburg, it brings together American Citra and Mosaic hop varieties with Bitburger’s Siegelhopfen, which is also used in Bitburger Pils. While still following the principles of Reinheitsgebot, this fruity hop contribution from the US friends shows you can continue to add fresh new twists to classic German styles. Let’s all find happiness in the simple things and raise a glass or two on German Beer Day. 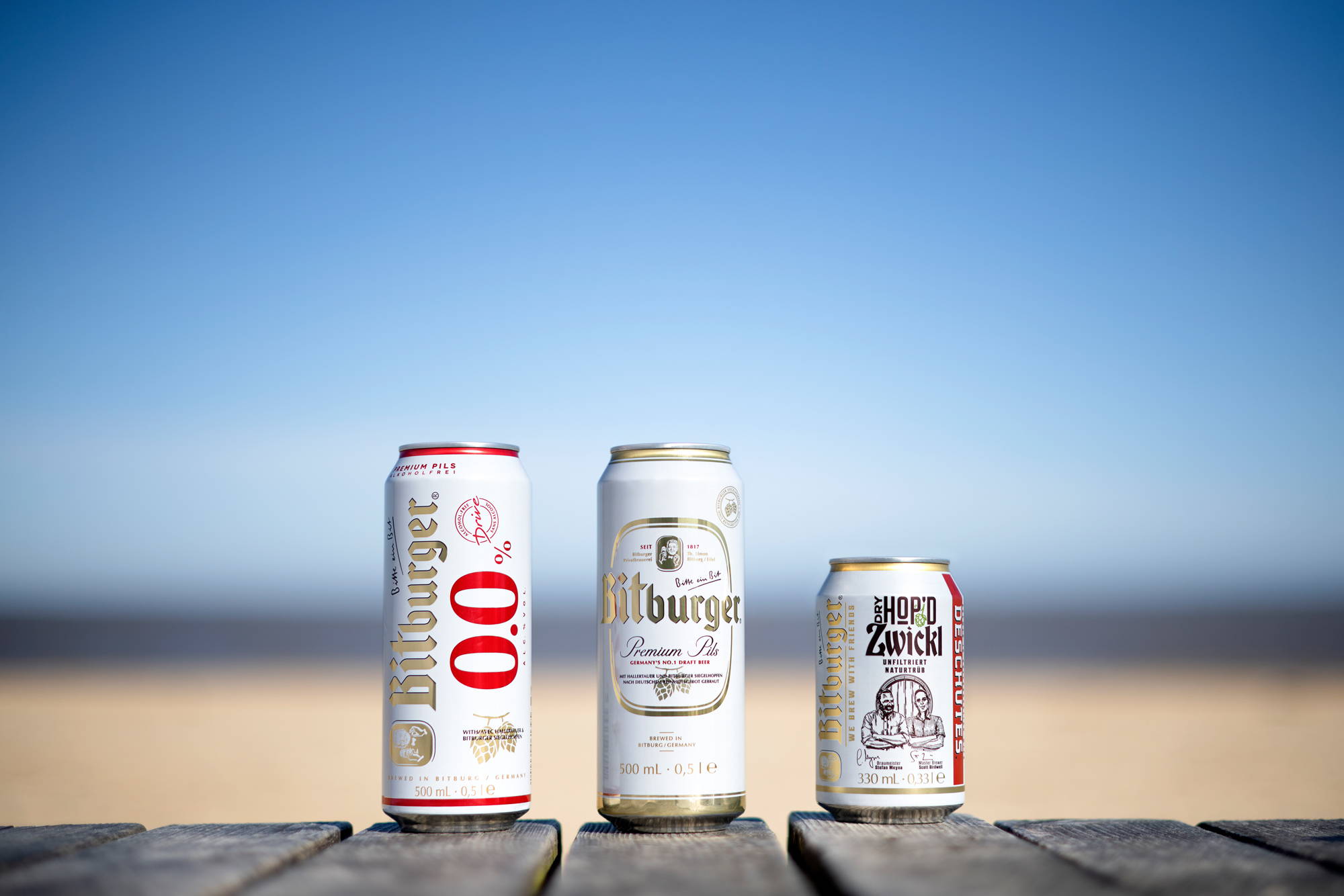